About EGHAC Projects and actions FAQ

The European Green Hydrogen Acceleration Center (EGHAC) is an unprecedented effort to support the development of an annual €100 billion green hydrogen economy by 2025 that could create half a million direct and indirect jobs across the green hydrogen value chain. The initiative is supported by Breakthrough Energy, a network of entities founded by Bill Gates and the world’s top tech and business leaders to speed the transition to a clean energy future.

Green hydrogen is a key driver in transforming Europe’s energy sector and a catalyst for decarbonising its sizable industry. As a proven low emissions power source, green hydrogen is well-positioned to become a central piece of the EU’s climate neutral economy – helping the continent secure strategic autonomy by lessening its dependence on over €320 billion of fossil fuel imports each year. To meet this potential, Europe needs to create a world-class investment environment to accelerate innovation and production capacity. EGHAC promises to accelerate green hydrogen production at gigawatt scale to deliver large-scale industrial projects across Europe. EGHAC will strive to be a key actor in Europe’s green hydrogen ecosystem and will work collaboratively alongside existing efforts in this space to achieve Europe’s vision.

The EGHAC will manage several workstreams, including: 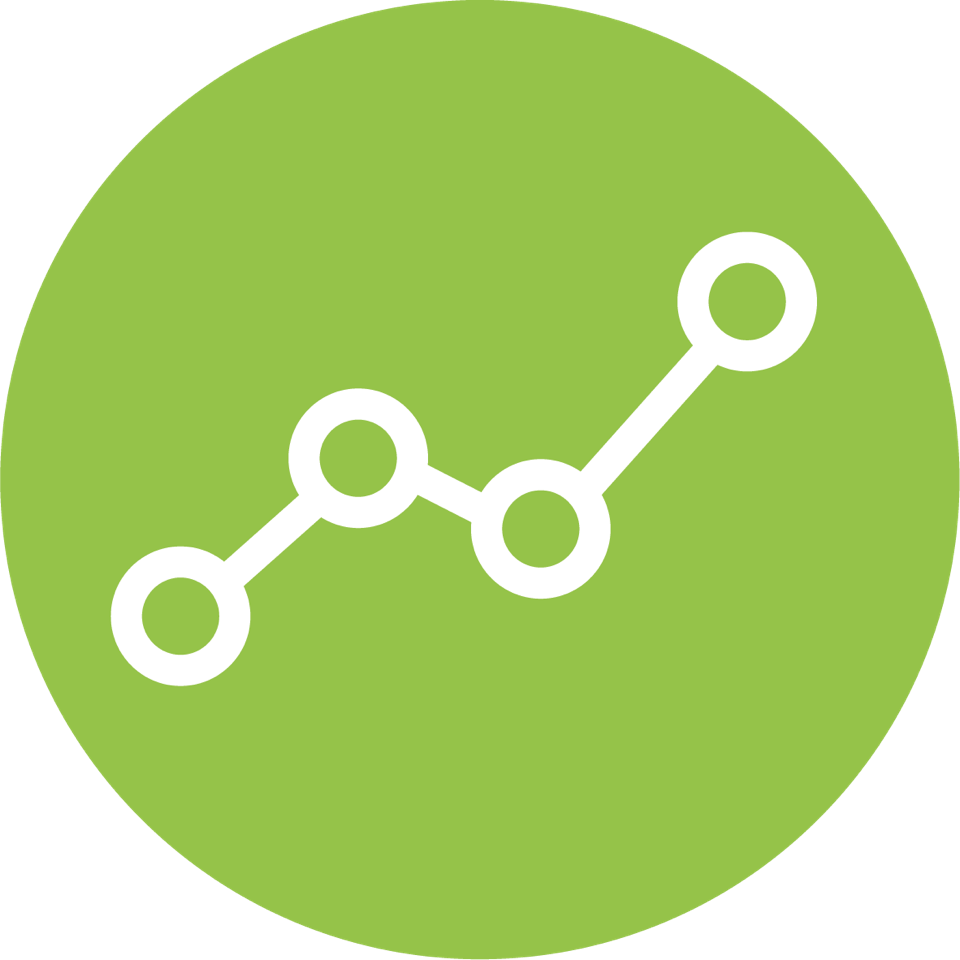 Promotion and co-creation of industrial projects across the value chain

Regular publications about technology developments, investment trends, actionable pathways for green hydrogen in different sectors, and barriers to tech transfer to the market. Identification of the value chains regarded as strategic at an European level on cleantech technologies. Build expertise in sector coupling. 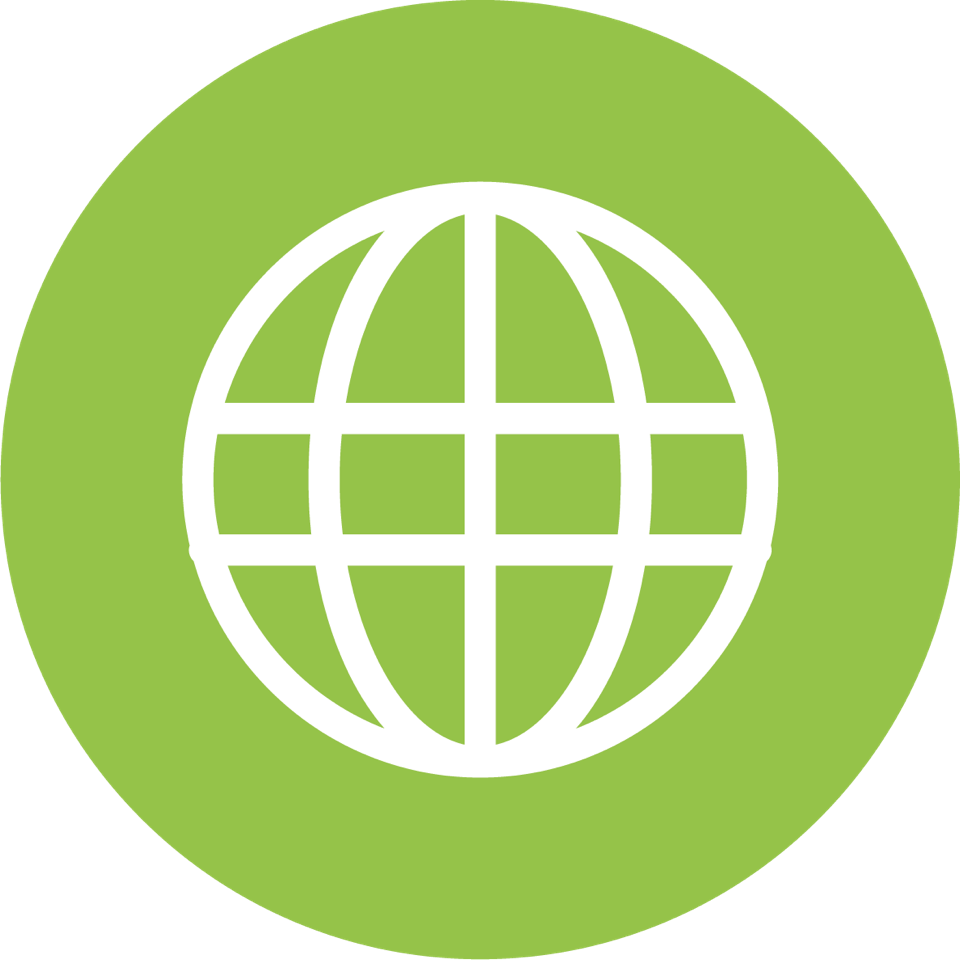 Building connections with other industrial and energy value chains

Bring in expertise from other regions and continents. Observatory on industrialisation and manufacturing processes, materials for electrolysers, turbines and fuel cells. Pedagogy with the financial community on risks, opportunities, and technology.

Monitor and drive innovation across the entire value chain. Drive and give guidance to green hydrogen startups and small companies on how to manoeuvre EU and national research and innovation programs and get access to research and demonstration grants and private funding. 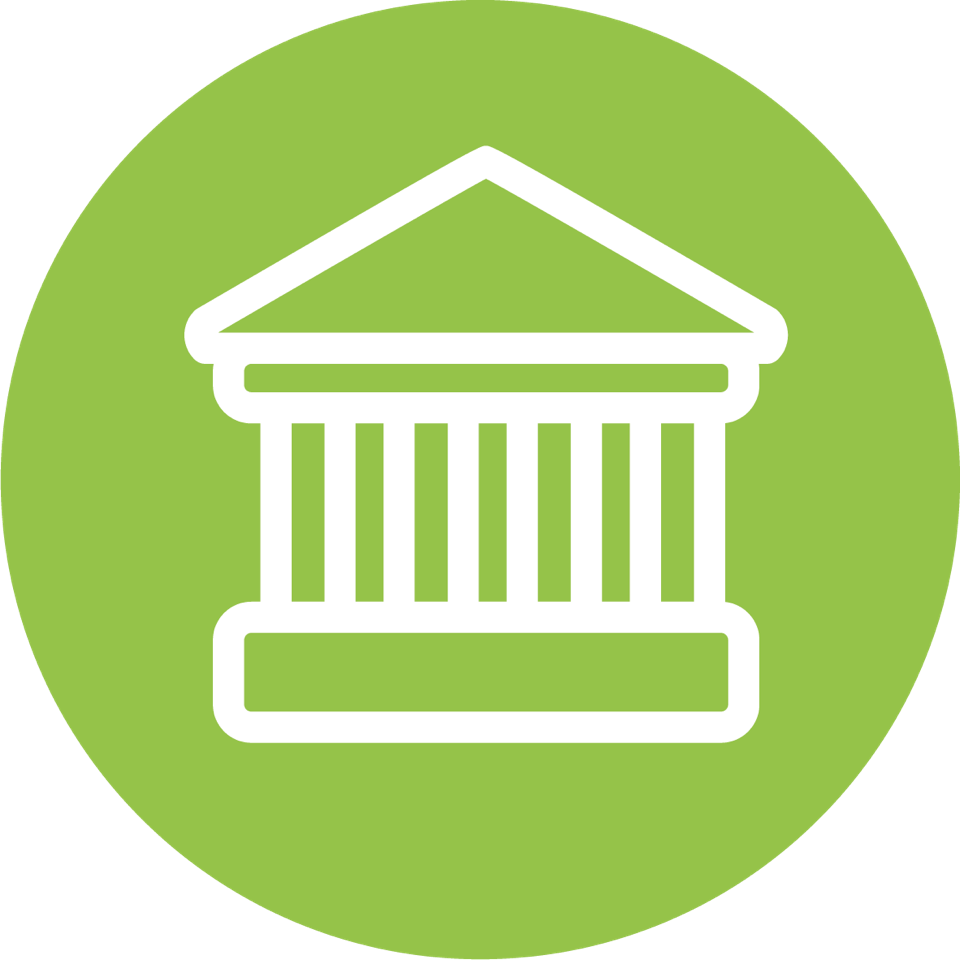 Stimulate the market using factual data and interact with other stakeholders, associations and interested parties to accelerate growth, interest and uptake 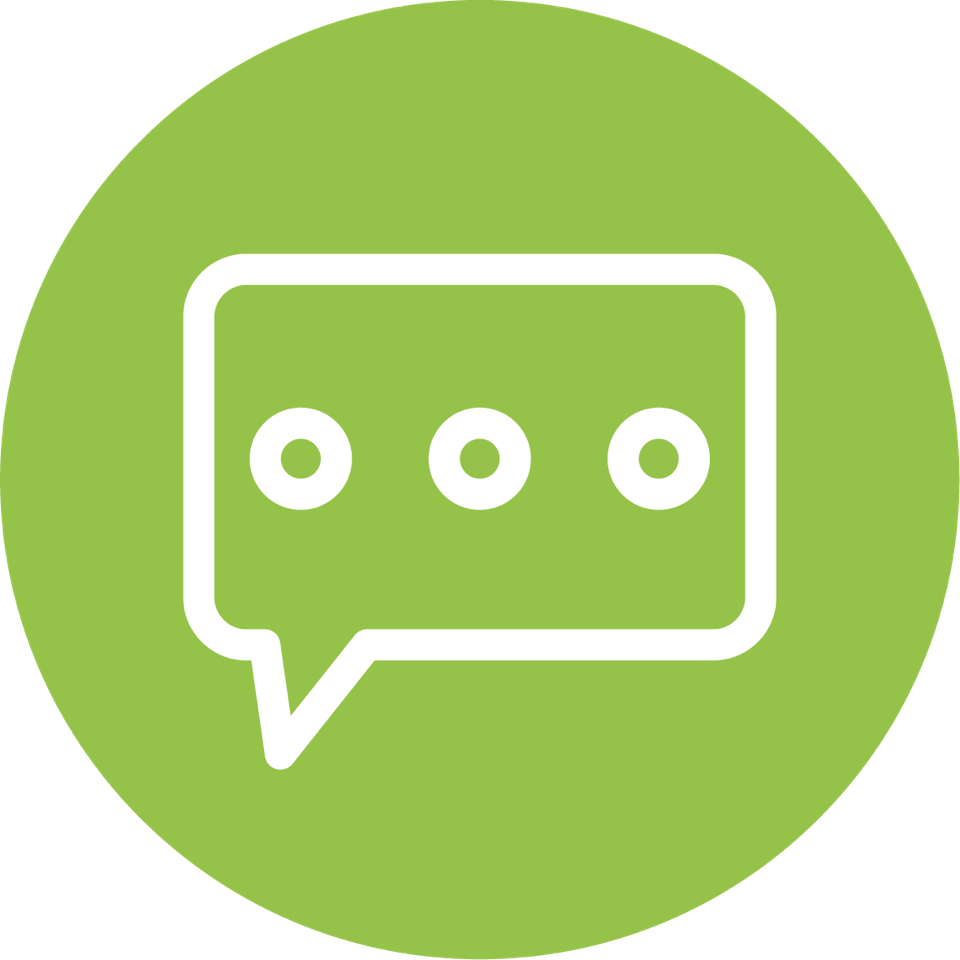 Fact checking and myth debunking regarding claims made by supporters of blue hydrogen and/or opponents of hydrogen at large. Supply factual information on green hydrogen usage, its effects on environment and prosperity. 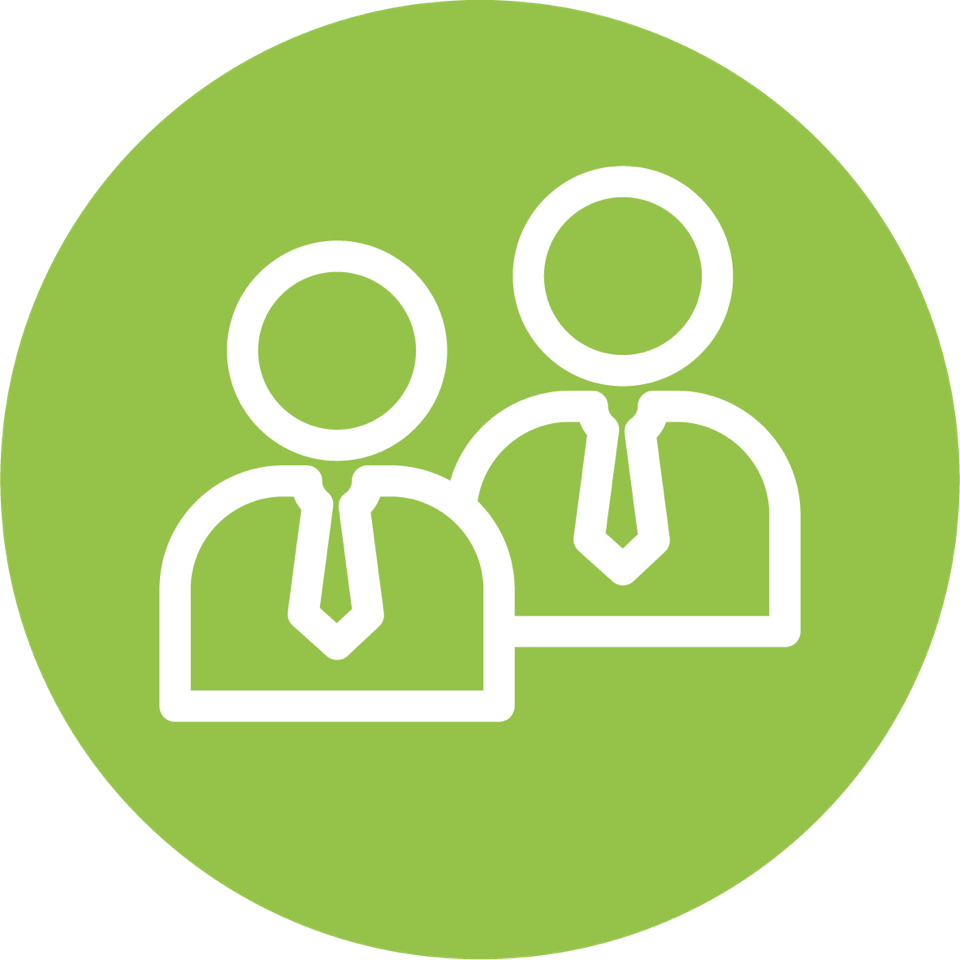 With partner universities and regional developments centers set-up & steer the development of programs on all levels of education. Ensure blue-collar expertise development as well as university programs.

The most urgent near-term priority of the EGHAC is to close the price gap between carbon-emitting technologies and green hydrogen, which would drive substantial displacement of hydrocarbons in energy intensive industrial applications (i.e. steel, cement, chemicals), heavy transport (i.e. maritime and heavy duty), and fertilisers. Green hydrogen can also be used to store energy, which makes it a key enabler for the expansion of volatile renewable sources, in particular wind and solar energy.

The need for green hydrogen

To transition to a fully renewable-based energy system, we need solutions that complement the intermittency of renewable sources. A strong and green option today is hydrogen. From a systemic view, green hydrogen also provides the opportunity to couple the electricity grid with the gas grid. These factors all contribute to the European Union’s goal to be fully carbon neutral by 2050. 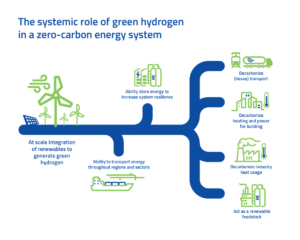 This white paper summarises an independent research project condu­cted by Material Economics and commissioned by Breakthrough Energy, exploring what Europe can do to accelerate the growth of hydrogen, and in particular renewable energy-based (or so-called green) hydrogen. Its key new insight is that Europe could mainstream green hydrogen faster than traditional assessments suggest by creating joint investment projects along the value chain, which would allow the initial green premium, or extra cost, of green hydrogen to be measured against the sustainability value-add of a final product, and not only against the cost of competing fossil fuels.

“European Green Hydrogen Acceleration Center supports this assess­ment of the future potential of green hydrogen in Europe. We are encour­aged to see the short-term potential demand and the focus on taking a value chain approach to generate this, something we have successfully used in the European Battery Alliance.”

Jacob Ruiter, Member of the Executive Board, EIT InnoEnergy

Still have questions about the EGHAC?

Green hydrogen is key to meeting Europe’s net-zero greenhouse gas emissions goal by 2050. Hydrogen will be an important part of integrating renewables in the energy system and above all, to decarbonise industry. The EGHAC focuses purely on accelerating the uptake of green hydrogen in Europe – generated only with renewable sources such as wind or solar – as a key pillar for decarbonising our heavy industry, energy and transport sectors.

The EGHAC focuses purely on accelerating the uptake of green hydrogen in Europe – generated only with renewable sources such as wind or solar – as a key pillar for decarbonising our heavy industry, energy and transport sectors. 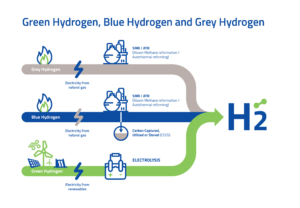 The EGHAC will manage several workstreams, including (1) promotion and co-creation of industrial projects across the value chain, (2) building connections with other industrial and energy value chains, (3) acceleration of technology development, (4) stimulation of market growth, (5) societal acceptance, and (6) addressing the skills gaps.

Breakthrough Energy is a network of entities and initiatives – including investment funds, nonprofit and philanthropic programs, and policy efforts – committed to scaling the technologies we need to achieve net-zero greenhouse gas emissions by. Breakthrough believes that EGHAC is well-positioned to help Europe transition from a MW-size project-by-project approach to a portfolio of GW-scale projects that are key to closing the price gap between carbon-emitting technologies and green hydrogen. EGHAC is designed to accelerate the speed of delivery from mega- to gigawatts by creating a pipeline of pioneering large-scale projects and launching a new generation of public-private partnerships.

We collaborate with those who serve a common goal – which is to meet Europe’s net-zero greenhouse gas emissions goal by 2050. EGHAC will collaborate with other initiatives wherever meaningful to accelerate the development of a green hydrogen value chain in Europe.