The prestigious Swedish “33-listan” acknowledges today’s 33 most innovative tech companies in Sweden that have the potential of becoming tomorrow’s stock market giants. We are proud to count two EIT InnoEnergy-backed start-ups among them. Congratulations to Graphmatech for their first nomination, and to Swedish Algae Factory who features in the prestigious list for the second year in a row.

For the 12th consecutive year, Ny Teknik and Affärsvärlden (Swedish media) appointed Sweden’s 33 most promising young technology companies who have the greatest opportunity to become leaders in their field. The technology areas range from energy solutions, biotechnology and robotics to IT security, image analysis and logistics solutions. But all 33 companies have one thing in common: they are based on their own technical innovation that has the potential to reach an international market. In total, 400 start-ups were reviewed for the 2019 edition. 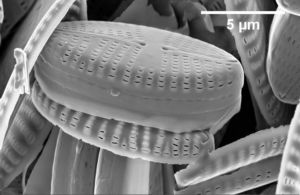 cultivates its own algae, based on a circular economic mindset. In the process, the company cleans water, produces organic biomass and extracts nanomaterial from the algae shell that can, among other industrial applications, make solar cells more effective.

Promising start-up has now its pilot plant for the cultivation of diatoms in place in Kungshamn, Sweden and has started to sell the nanoporous shell. A full-scale algae cultivation is planned for 2020.
Early research also shows that the material can play a role in battery application. An algae shell-based anode could increase the capacity of the anode in a battery, and thus the charging capacity. 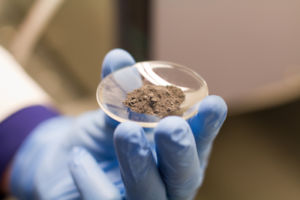 Graphmatech is another very promising start-up. Created just a couple of years ago, the start-up piles up successes, awards and recognitions for its major breakthrough that enables to use graphene’s full properties in real-life applications.

Graphene has extraordinary properties – it is both the thinnest and the strongest material ever known, it has extremely high thermal and electrical conductivity while being ultra-light and transparent. It is therefore expected to revolutionise engineering materials as well as the power and electronics sectors, but industrial adoption has been slow since its isolation in 2004, mainly due to agglomeration issues. The novel hybrid graphene material named Aros Graphene® developed by Graphmatech solves this issue. The technology keeps graphene flakes separated and results in a powder that can be well dispersed in metals, polymers and fluids, utilised to coat surfaces or 3D-printed without loss of graphene’s remarkable properties.

“Many of the companies who have been on the 33-list previously already managed to reach far and we are convinced that Swedish Algae Factory and Graphmatech will follow the same path”, says Ingvar Eriksson, Business Creation Officer at InnoEnergy Scandinavia. “The respective teams are talented, they have a great vision so this nomination doesn’t come as a surprise to us – they definitively belong to this list. Still we are excited that Swedish Algae Factory and Graphmatech receive the recognition they deserve.”

Previously, additional InnoEnergy supported start-ups featured in the prestigious ranking: foreseeti in 2016-2017 and Watty in 2018. We look forward to seeing more of them in the coming years.