Doubling the efficiency of power production from biomass. 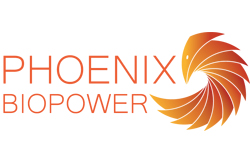 Phoenix BioPower’s mission is to reach 60% electrical  efficiency from biomass by 2030. The technology is optimal for both fossil and nuclear power replacement for base load, combined heat and power, and plannable power production.

The rapid move towards renewable energy has lead to heavy investments in intermittent power, primarily wind. In addition, nuclear is being phased out in many markets and fossil power needs to be phased out in order to meet the obligations set out in the Paris Climate Agreement. Many countries and markets are now running the risk of power output shortages; not enough power when it is needed! This will increase the demand for power generation that is both renewable and plannable.

BTC technology offers planable, renewable and profitable biopower. As the BTC concept doubles electrical efficiency and halves the levelised cost of production, it gives plant operators a superior return on investment. The plant can be ramped up to meet increased demand and capture value at high spreads. Waste products from the forest and agro industries can be utilised, turning waste into a resource. BTC is a both a CHP technology, providing 2-3 times more power per heat grid at very high resource efficiency, and can be used in power-only applications due to the low LCOE.