New nano-based design is the fastest electrode in the world 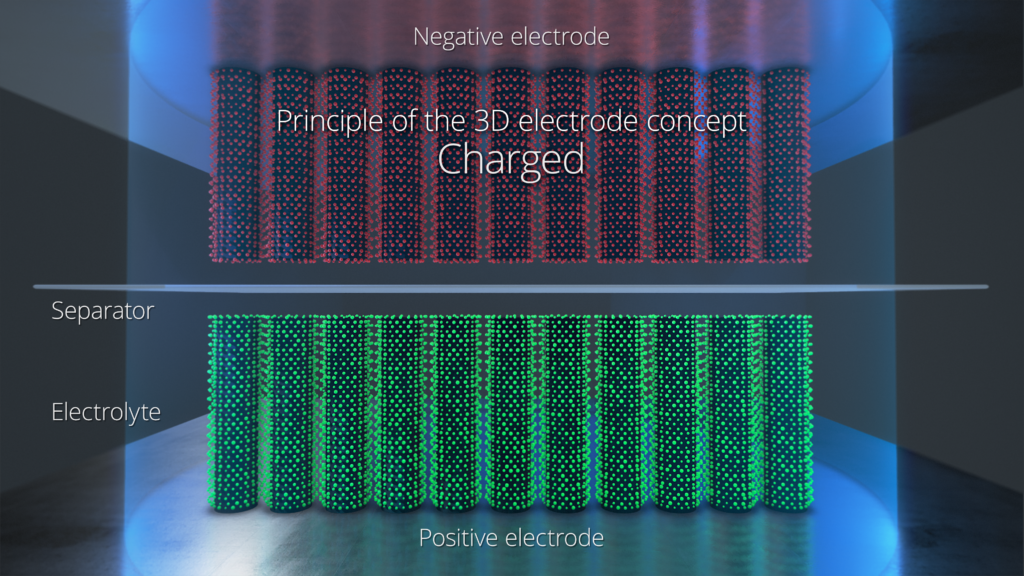 Currently one of the major limitations of battery power, energy and lifecycle is the design and material used for the electrode. Based on inefficient powders, existing electrodes have low electrical, thermal and ionic conductivity, along with poor mechanical behaviour when discharged and recharged, and can also suffer from early delamination and degradation leading to safety and lifecycle issues.

But based on NAWA’s patented vertically-aligned carbon nanotube (VACNT) design, which is also the basis of its next-generation ultracapacitors, the revolutionary Ultra Fast Carbon Electrode combines the highest ionic conductivity – thanks to a 3D fully accessible nanostructure – with the highest electrical and thermal conductivity, provided by its arrangement of 100 billion nanotubes per sq cm, all vertically aligned.

[Read the full press release on the NAWA Technologies website]